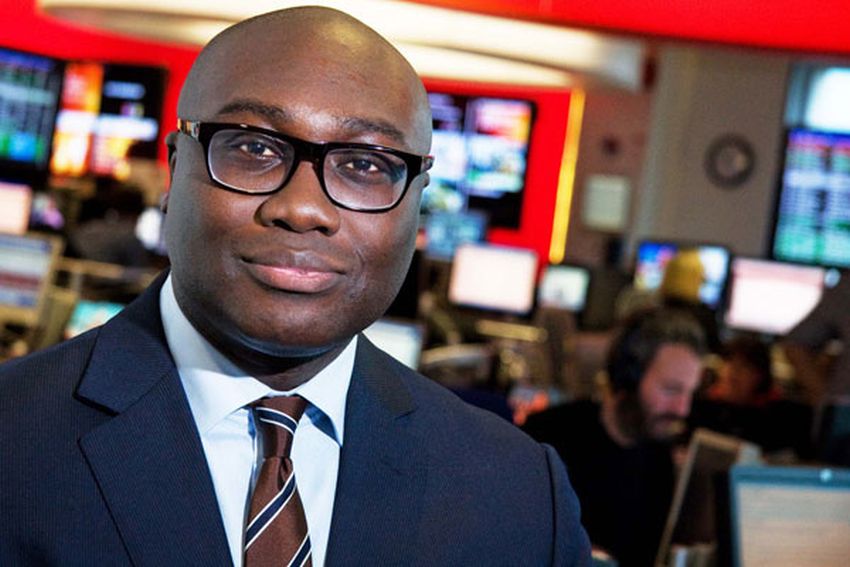 Komla Afeke Dumor was a Ghanaian journalist who worked for BBC World Newsand was the main presenter of its programme Focus on Africa.

Komla Dumor was born in Accra, Ghana. His father, Ernest Dumor, was a professor of sociology and his mother, Cecelia Dumor, had a Master’s degree in Mass Communication.[4] His grandfather was Philip Gbeho, composer of the Ghanaian national anthem.[5] Dumor initially studied pre-clinical medicine at the University of Jos, Nigeria, but left for his home country where he graduated at the University of Ghana with a BSc. in Sociology and Psychology, and from Harvard University with an MA in Public Administration.

Dumor started as the morning show host for Joy FM in Accra, Ghana, and was the 2003 winner of Journalist of the Year award given by the Ghana Journalists Association. In 2006 Dumor joined the BBC African Service in London as host of the radio programme Network Africa. From 2008 to 2012 he presented The World Today on the BBC World Service. In 2011 Dumor began presenting the World News and Africa Business Report on BBC World News television. When the latter was relaunched in 2013; fellow BBC correspondent Lerato Mbele was chosen as host.

In a list published in New African magazine (December 2013) he was named as one of the 100 most influential Africans of the year 2013, with the citation: “It has been a coming of age for Kumla Dumor this year. The presenter of Focus on Africa, the BBC’s flagship and first-ever dedicated daily TV news programme in English for African audiences, broadcast on BBC World News, has established himself as one of the emerging African faces of global broadcasting. As a lead presenter for BBC World, Dumor has considerable influence on how the continent is covered.”

At the time of his death, Dumor was the only West African news reader on BBC World News. In the words of BBC Radio 4 Today and BBC News presenter Mishal Husain, “Komla developed his own unique on-air style, seamlessly moved between TV and radio and influenced Africa coverage across the BBC. He was also described by Peter Horrocks, the BBC’s global news director, as “a leading light of African journalism – committed to telling the story of Africa as it really is.” He conducted interviews with a wide range high-profile figures, including Kofi Annan, Bill Gates and Chimamanda Ngozi Adichie, and the many important news stories that he anchored included the 2010 World Cup in South Africa, President Barack Obama’s trip to Africa, and the funeral of Nelson Mandela.

Dumor died on 18 January 2014 in his London home after a cardiac arrest, having been on air the day before. President of Ghana John Mahama said in a message on Twitter that Dumor was one of Ghana’s “finest ambassadors” and “was a broadcaster of exceptional quality and Ghana’s gift to the world.”

On 3 February 2014 Komla Dumor’s body was flown back to Ghana, where it was received at Kotoka International Airport by a group of family members, friends, government officials, sympathizers and members of the Aflao traditional council, who also performed some traditional rites, since Aflao was his hometown.