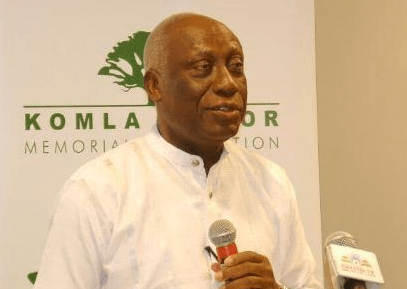 A seven-member Board of Trustees has been appointed for the Komla Dumor Memorial Foundation.

The Komla Dumor Memorial Foundation was established to promote and sustain the legacy of Komla Dumor, a Ghanaian/African broadcast journalist who until his death on January 18, 2014, was the presenter of the BBC flagship television programme, Focus on Africa.

A statement issued by the Dumor family named the chairperson of the Foundation as Dr (Mrs) Mary Chinery Hesse, a retired Ghanaian International Diplomat and currently a member of the African Union Panel of the WISE.

The statement, signed by Professor Ernest Dumor, father of the deceased, named the other members of the Foundation as Sir Sam Jonah, a frontline African Entrepreneur and Businessman and Chairman of the South African-based company, Jonah Capital; Dr Joyce Aryee: a leading Communication expert, founder and CEO of Salt and Light Ministries Evangelistic Organisation, and Dr Korshie Dumor: a Physician/internist, currently working with the Mercy Hospital System in the United States of America.