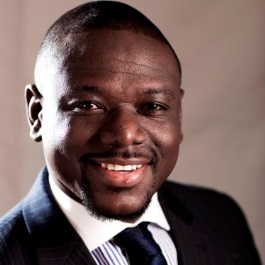 Being one of the compelling voices on the BBC World Service, Akwasi Sarpong is a London-based multimedia journalist and producer with BBC Africa.

Between 2009 and 2012 he presented the breakfast radio programme Network Africa for the BBC World Service, before taking on a 13 month shoot edit assignment in Ghana as Focus on Africa TV correspondent.

Akwasi joined the BBC in 2009 after more than a decade of broadcast journalism in his native Ghana. He worked for the Accra-based private radio station Joy fm as Presidential correspondent, news anchor, producer and later presenter of the Super Morning Show when its anchor for over a decade, the late Komla Dumor, joined the BBC in 2005.

Akwasi has travelled across Africa extensively, meeting and interviewing some of the continent’s influential leaders, entrepreneurs and change makers, reporting and moderating complicated socio-political conversations on the Africa Debate in host countries. His latest assignment covering Malawi’s election included interviewing the leading aspirants for the presidential election, presenting live programmes from the capital Lilongwe and Blantyre as part of the World Service’s elections coverage.

Akwasi holds a Masters Degree in International PR from the Cardiff University’s School of Journalism, Media and Cultural Studies. His journalism training started with study at the Ghana Institute of Journalism in Accra.