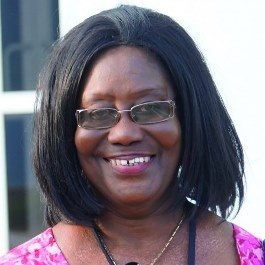 Dr. Mary Chinery-Hesse is a Retired International Civil Servant. Her first post at the UN was that of Resident Coordinator of the UN System and Resident Representative of the United Nations Development Programme, serving in New York, Sierra Leone, Tanzania, the Seychelles and Uganda. She was the first ever African woman to be appointed to that position.

Mary Chinery-Hesse was appointed the Chief Advisor to the President of the Republic of Ghana from May 2006 to January 2009, in the Cabinet of President J.A. Kufuor. She now serves on the African Union PANEL OF THE WISE.

Mary Chinery-Hesse, who is the current Chairman of Zenith Bank, Ghana has received several prestigious decorations both nationally and internationally. This includes the highest National Award, the Order of the Star of Ghana. She is also a Laureate of the prestigious Gusi Peace Prize, the Asian equivalent of the Nobel Peace Prize, again the first African Woman to be so honoured.